Ladies, let’s step up and lead! 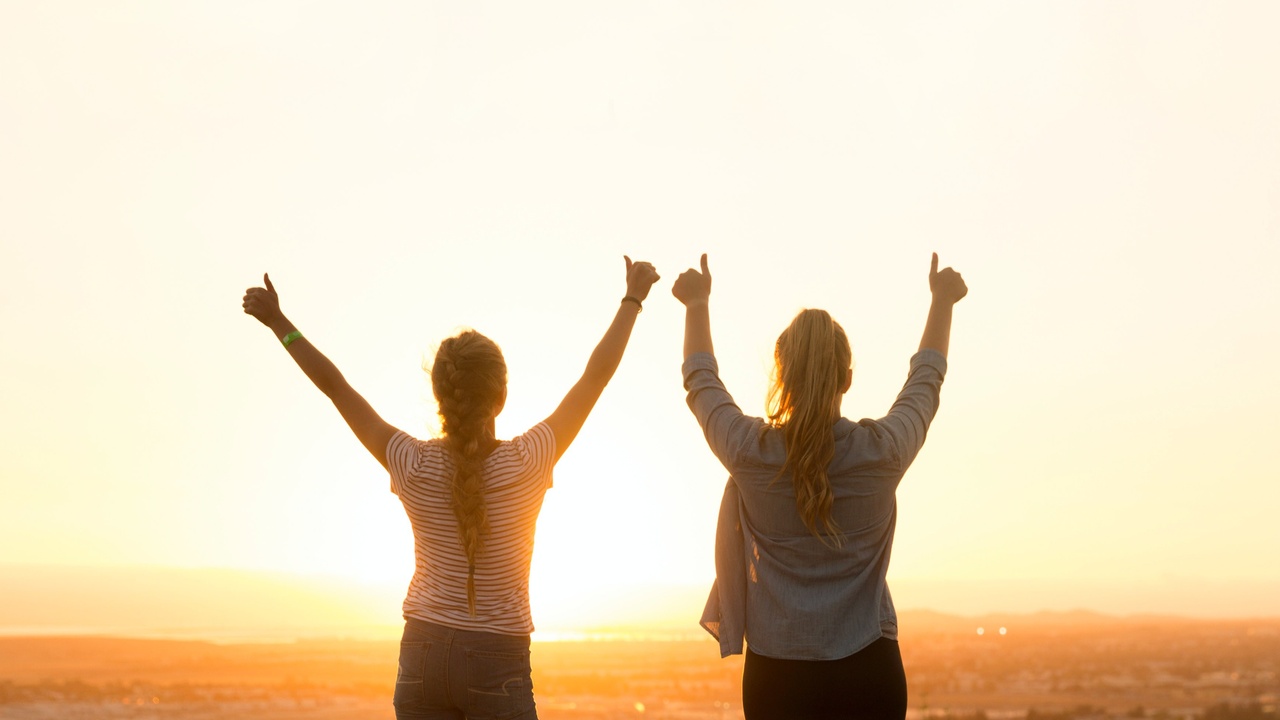 IWD 2021: This year’s motto is #ChooseToChallenge — and there’s no better time than the present to take action and make your voice heard.

International Women’s Day is here again and the world has had quite a shake-up since the last one! The theme is fitting for this new world we find ourselves navigating, with a focus on Women in Leadership: Achieving an equal future in a COVID-19 World.

Firstly, I want to virtually high-five all the ladies who have been the unsung leaders at home over the last 12 months. The women who had to put their careers on hold for whatever reason, while taking on the unpaid (and often unappreciated) role of homeschool teacher, mum, chef, cleaner, and much, much more. I see you!

And let’s go ahead and put “AN EQUAL FUTURE” in big, bold capital letters. I think we need to seriously acknowledge that when we talk about this during IWD, it’s not just about the inequality in pay and power — though that’s a huge part of it. We’re also talking about the inequality in emotional labour (like remembering school events and buying new clothes and uniforms), plus the domestic work that often falls on women’s shoulders. Think childcare, parental care and household duties.

I’ve heard from so many female clients this year about this juggle, and how their partners believe it “should” be the mum’s role to take care of the children they share, along with running home schooling and doing the housework.

It’s ridiculous. It’s 2021, and this imbalance needs to change. Like, yesterday.

It’s time for us to take the reins

I think it’s quite fitting that along with this year’s theme, the hashtag is #ChooseToChallenge – which is pretty powerful, especially if it empowers us lovely ladies to take action.

What would the world be like if more of us actually stood up and chose to challenge?

Now, there are some pretty bloody badass babes out there who have stepped up and chosen to challenge the status quo. Unfortunately, they’re often called out for doing so — but they know what they’re doing is right, so they keep blazing ahead.

These are just a handful of the amazing women I look up to:

When we choose to challenge, we have to step up, stand out, be brave and be prepared to face criticism — which often has nothing to do with our point of view. Why? Because some people want to shut women down or bump them down a rung for their own purposes.

Society tells girls to fit in, play nicely, be quiet and look pretty. But men are encouraged to be bold, brash and voice their opinions, and celebrated for that! On a similar note, “girls don’t climb trees” or play certain sports, apparently.

Women are persistent, despite these social constraints. We’re making waves in male-dominated circles like football and cricket, but we’re still lagging behind in others. For example, there have only ever been 5 female F1 drivers in the history of the sport!

What would happen if we all chose to challenge and call out gender bias and inequality?

If we collectively choose to seek out and celebrate women’s achievements, we have a much better chance of creating an inclusive, fair world.

We owe it to ourselves

I’m inspired by the younger generation. I’m in awe of ladies in their teens, 20s and 30s who are choosing to challenge the outdated status quo.

Look at Jasmine Harrison, who proved females are just as strong, brave and ballsy as men by becoming the youngest woman to row solo across the Atlantic. She broke the mould, and blew the theory that “only” guys could do that out of the water (pardon the pun).

Our passion is our superpower. Just look at Greta Thunberg, who’s famous for challenging world leaders to take immediate action against climate change. Not to mention, she easily trumped Trump with her message and he had to resort to one of his childish backlash comments.

We are more capable than we know

When we see what women can do when they put their minds to it, why are there still so few female leaders in the world?

I trace this back to the “unentitled mindset” that we’ve been conditioned to believe. From an early age, we’re made to feel less entitled than men, to expect less, and take up less space. By comparison, men are told to demand more. As a recruiter, I can’t tell you how many men apply for jobs they’re underqualified for, whereas women won’t apply if they don’t meet one of the bullet points on the job description. Moral of the story: Apply for the job!

I have examples of this kind of social conditioning from my own life. I remember as I was finishing school, I was advised to learn how to type and write shorthand so I could work as a secretary for a man who needed admin help. I wanted to have a successful career start, so I ended up spending a few months of secretarial college and weaning a skirt, tights and court shoes every day. That was only 25 years ago! My male counterparts were pushed to be business owners, and the girls were just trying to be good enough to work for them.

Luckily, this has changed over the years but we still aren’t seeing enough women business owners and leaders.

So ladies, let’s break through that mindset madness that’s holding us back.

Let’s build our confidence and smash that BS belief system that is keeping us small.

Let’s never let criticism hold us back from speaking out.

Let’s #choosethechallenge and build the world we want to live in.

Because we’re capable, and we can! And because we deserve the opportunity to be our best!

And when we see other ladies stepping up and leading, let’s support them. Let’s stand up with them and call out those who are trying to distract us by commenting on the clothes she’s wearing or that stupid thing she did in her past.

Finally, let’s stop criticising other women, even if our ego is hurt. We’re called out enough by guys — we don’t need to turn on each other. I’ll never forget when Jacinda Ahern was snapped with baby milk on her blazer, and the press said it was sloppy and unprofessional. Being a working mum is hard enough, without waking up to that kind of commentary.

We can do so much good if we work together.

Who’s with me? Give me a hand up high to show you're in!

Photo by Jude Beck on Unsplash

The Truth About Recruiters
Ladies, let’s step up and lead!
Hey, Jobseeker: Are You Making These Mistakes?
Close

Please enter your details to get all the info